The Power of Colour: Gold

The colour gold is always topical in interiors. It features heavily in interior design and homes accessories all year round, not just at Christmas!

It’s unknown when humans first took gold from the earth. We do know that they were charmed by it at first sight because with its radiant, warm yellowness, there was only one thing in the universe that looked anything like the colour gold: the sun.

Ancient people believed that gold and the sun were one and the same. So, when they honoured the sun, only gold would do. 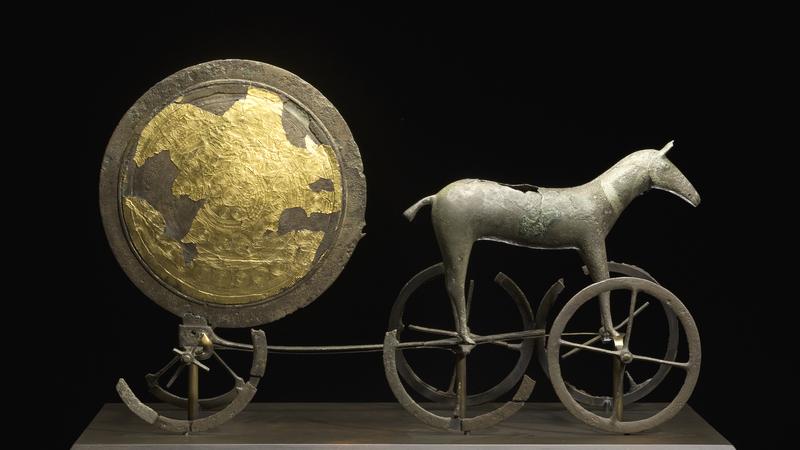 Trundholm sun chariot dates from 1400BC, the gilded disc represents the sun. It is displayed at the National Museum of Denmark.

The Sun Chariot, made in the Early Bronze Age, illustrates the idea that the sun was drawn on its eternal journey by a divine horse. A gold disc representing the sun and the horse have been placed on wheels to symbolize the motion of the sun.

Ancient Egyptians are most associated with gold.

Since these early origins, gold has continued to fascinate and beguile. And it’s no wonder that gold is the most alluring colour of all because, like the sun, gold never tarnishes, never corrodes and it shines for eternity.

If you’re interested in reading more about gold, why not take a look at our blog post Golden Age: the Origins of Gold Leaf.